Years ago, before Cris and I were married, we went to a Christmas party at a close friends parents home. The BIG THING that year was the chocolate fountain set up in their kitchen, with a huge array of “dippables” surrounding it. Everything from bacon to marshmallows to various fruits and potato chips, and being the adventurous riffraff we are, we decided to add cheese cubes and ham, and if I am remembering correctly, even some baloney, on the theory that chocolate makes everything better.

So when our partners at Halos sent over an awesome package, full of seasonal crafts, and beautiful fruit, we stuck to that theory, and decided to make some Chocolate dipped Halos.

In order to avoid inhaling all of them, we had to get started immediately. To the store we went, to grab some chocolate chips. 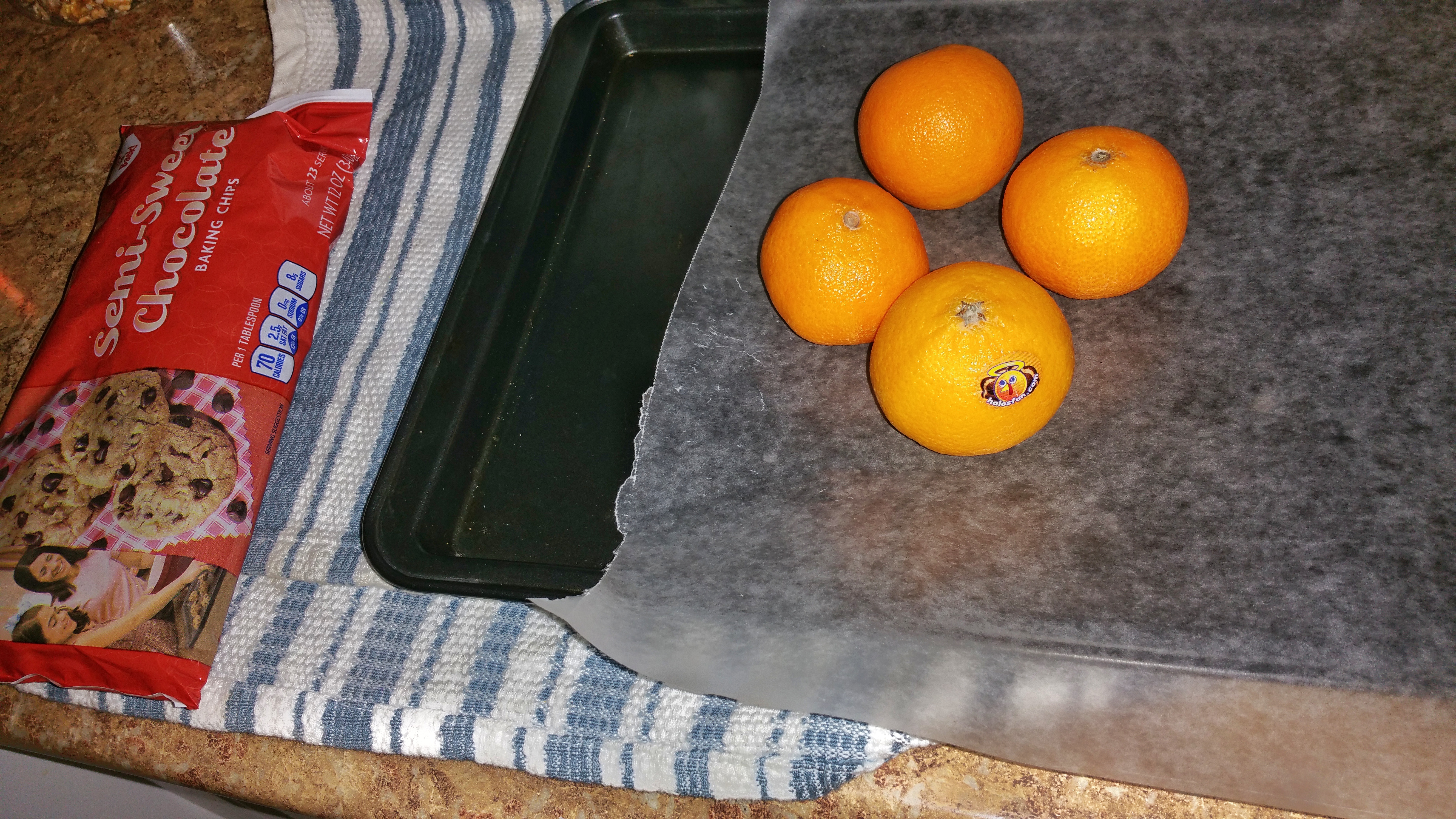 This is really simple to make! After I set up my cookie tray with some wax paper, I peeled four Halos and laid them out. 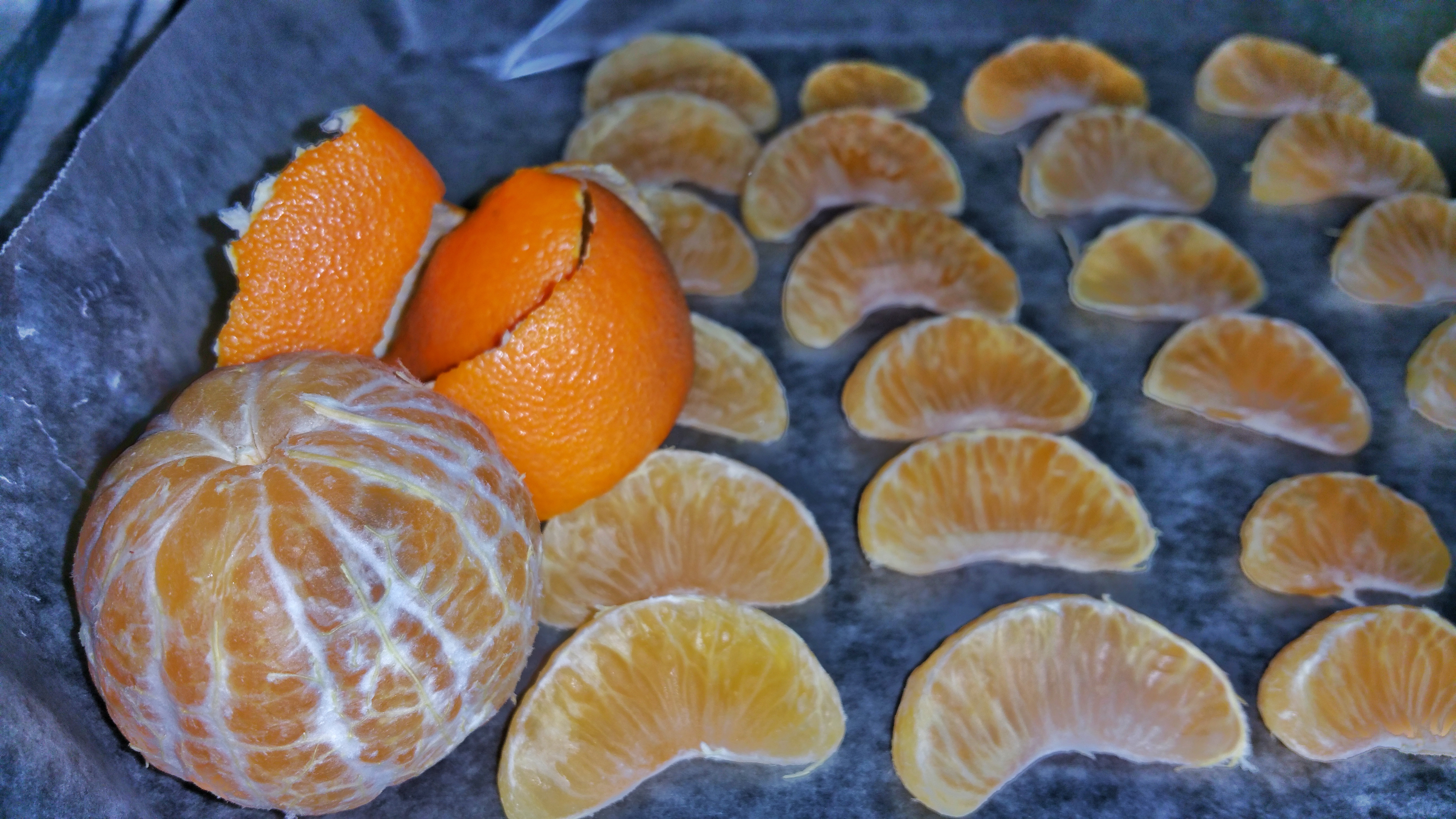 Then I poured half the bag of chocolate chips into a microwavable bowl and placed it in the microwave for about a minute to melt, then stirred until smooth. 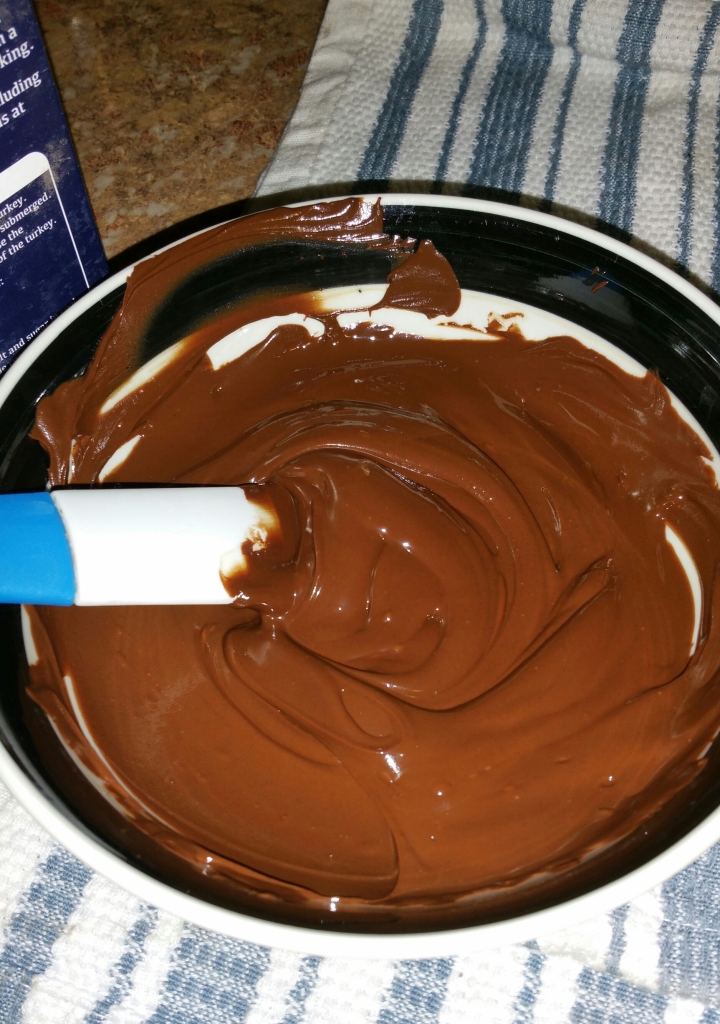 Following this, I dipped each slice into the chocolate, and laid them out on the tray. 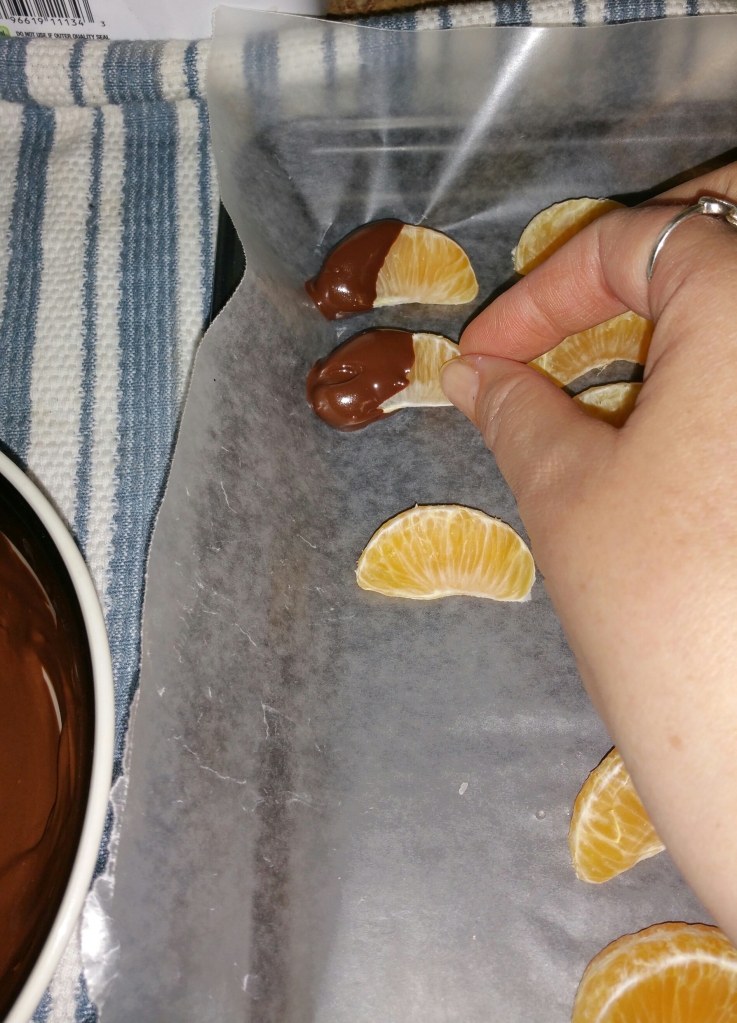 Before I put the tray into the fridge for the chocolate to set, I took a tip from the Food Network, and added a pinch of course salt, to bring out the flavor a bit.

After they hardened up in the fridge, I used Cris as my taste tester. Verdict? A yummy treat!

If you know me, you know I make no claims of being domestic, and was extremely pleased with how easy and fast this little project was. I might even make some to package up as gifts for the holidays.

Now, what else can I cover in Chocolate?

We spent a beautiful morning with our co-op today

Another phenomenal @americanadventurist So Cal Mou

Hometown history at its finest. We spent an intere

This kids first day of school went swimmingly. I c

Slow homeschool moment this morning: We were playi