We added a furry member to our family last June, just before H’s second birthday.

Let me give some background here. When Cris started drooling over photos of Cattle Dog R, I was bound and determined not to get a puppy.

I did not want to be elbow deep in well… poop. H isn’t potty trained yet, and I knew it would be a learning curve for whatever dog we ended up with as well. It just seemed like trying to deal with training a puppy and raising a baby at the same time, would be asking an awful lot, especially when we weren’t sure if I was planning on going back to an office for work.

Cris had found, and had been in contact with a fantastic dog rescue called Helping Herders and had been stalking their Facebook page (and sending me adorable puppy pictures) for months, while we were waiting for our lease to be updated to accept pets. Helping Herders is a phenomenal dog rescue that works primarily with cattle dogs. They also work with loving foster families who care for their pups like family. Because they are a rescue, they get a load of mixed breed cattle dogs as well, like Angus.

Angus was the German Shepherd / Cattle Dog mix that Cris fell in love with and followed his story down to the minute on Facebook. When it came time to select a dog, we had already been watching his progress for a while. Found at around a week old, he survived Mange and parvo, and we knew he would be a hardy camp dog.

We finally got the word on our lease about pets and contacted the rescue. We were interviewed, approved and follow up interviewed quickly and efficiently, even though they don’t typically allow adoptions to families with babies, we clicked and understood that training would have to be involved all the way around. After all, it’s not the dogs that need training as much as the humans. Then we were scheduled to meet the pup.  We drove out to Yucaipa to meet him and decided that day that we would take him, Laura (the wonderful foster mom) would bring him down the next week after his final check-up and vaccines at their vet. He would be given all his shots, and get micro-chipped, and then head to us!

The day was tearful for all of us, and I can’t even imagine the emotions that Laura was experiencing as a puppy foster mom, but she was amazing, and incredibly professional even while her heart was breaking a little. We still remain friends via Facebook and she makes sure to like all of Angus’ pictures, and even put us in contact with the family who has his sister!

And so, we had a puppy… I was gladly overruled and we were smitten.

Helping Herders Dog Rescue is a great team, and give so much of themselves, but they need help as well.

If you’re interested in helping a pup out, you can find their Amazon Wishlist here, or visit their website or Facebook page and fall in love with a new furry family member of your own. They make the process as painless as possible, and in the end, you end up with an adorable new friend!

See More... Follow Us!
This error message is only visible to WordPress admins


Error: API requests are being delayed for this account. New posts will not be retrieved. 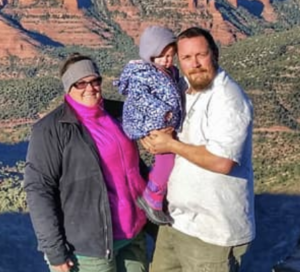